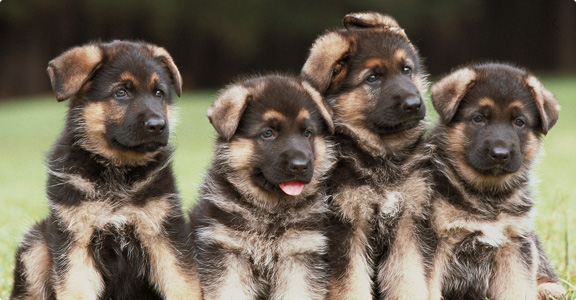 Spay and Neuter for Dogs

Ovariohysterectomy is the medical term for spaying a female dog. The procedure consists of surgical removal of both the ovaries and uterus. If the ovaries are not removed, the bothersome heat periods still occur even though pregnancy is no longer possible. Surgery is usually performed at 6 months of age; right before the first heat periods begin. Though it is routinely performed, ovariohysterectomy is a major abdominal surgery requiring general anesthesia and sterile operating technique. Prevention of pregnancy and heat periods are the main reasons for this surgery. This procedure can often be necessary for the treatment of severe uterine infections, ovarian/uterine tumors, and some skin disorders.

WHAT ARE THE ADVANTAGES?

A healthier, longer lived pet for you and your family.
There will be no more heat periods.
There will be no unwanted puppies.
The uterine infections common in un-spayed older dogs rarely occur.
Mammary gland cancer seldom develops in dogs spayed before their first heat.

Q.) Will it make my dog fat and lazy?
A.) While there is evidence that spayed and neutered animals may have a slightly slower metabolic rate; obesity is caused by excessive caloric intake. Weight can be controlled with proper feeding and exercise.

Q.) Will it change my dog’s personality, disposition, or intelligence?
A.) Dog’s personalities do not fully develop until one to two years of age. If there is a personality change in a dog spayed at a young age, it would have occurred without surgery.

Q.) Are there any problems associated with spaying?
A.) A very small percentage of dogs have trouble holding their urine as they become older. This is normally controllable with medication.

Q.) Shouldn’t my dog have a litter first?
A.) There is no advantage in allowing your dog to have a litter of puppies. In fact, having puppies is more expensive than many people are aware.

Castration is the surgical removal of the testicles; usually around 6 months of age. Such surgery is performed to eliminate sexual activities, render the dog sterile, and to prevent common testicular diseases. Castration usually reduces a male dog’s tendency to fight, roam, and their overall level of aggression. However, castration is not a replacement for obedience training by the owner. In older dogs, castration may be necessary because diseases and cancers of the testicle or prostate gland develop. Castration produces a healthier pet for both you and your family.

Call Us To Make An Appointment Today! Contact Us